In a perfect world, we would make every feature of every part at exactly the Nominal or Target design value. Unfortunately, in the real world, parts vary in size from the nominal or target value, and we expect to see differences in measured values from part-to-part.

A Gage R&R study helps us answer the question: where does the variation come from?

If a high fraction of variation is from the gage or the operator, i.e. the gage has poor R&R, parts that are close to the USL and LSL i.e. parts that fall in the yellow zone are at risk of being misclassified as Pass or Fail. 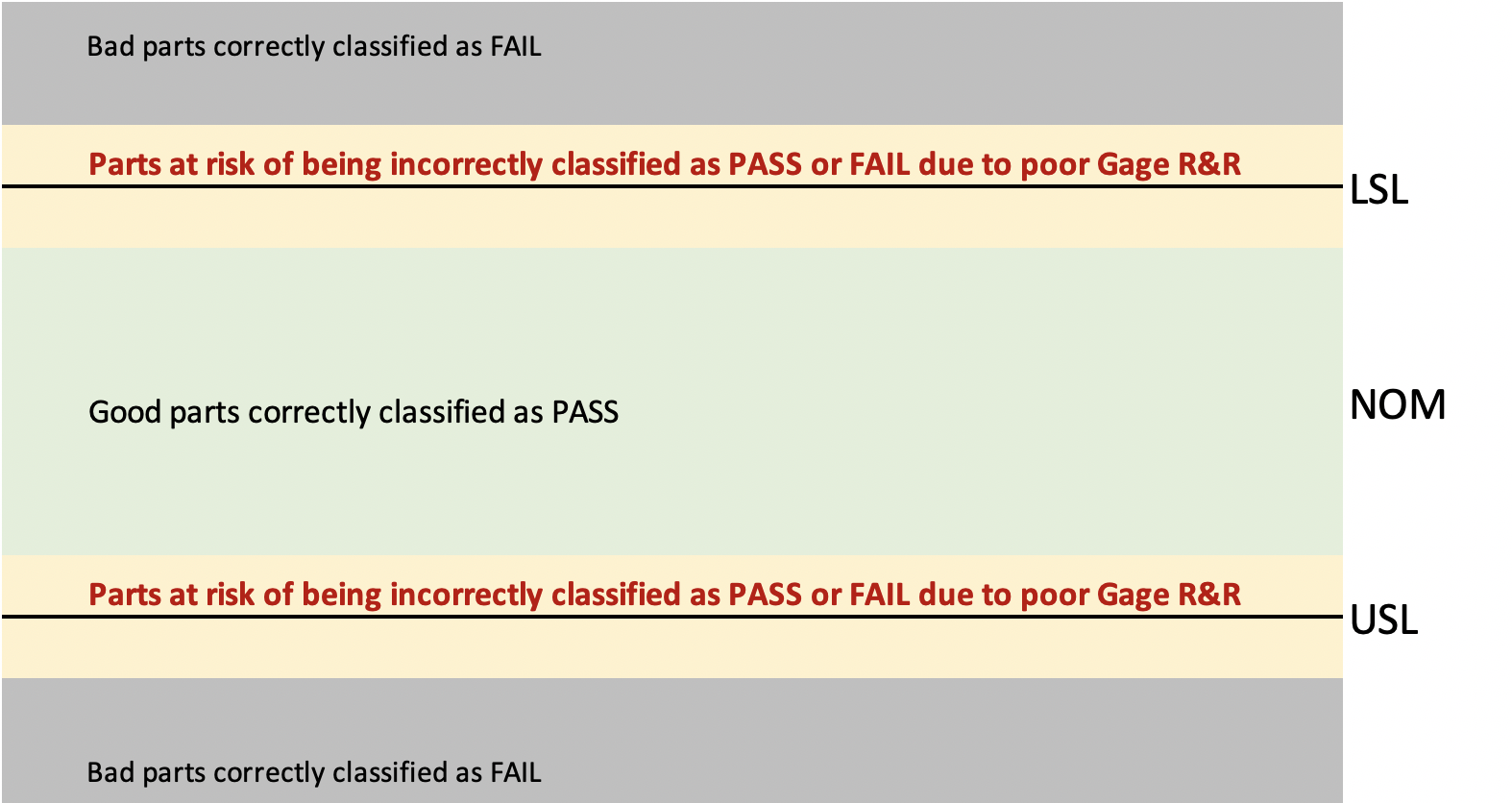 As an example, you may choose to use an ear thermometer (the gage) to measure your child's body temperature (the parameter being measured). The measurement method involves inserting the tip of the ear thermometer into the ear canal, and then pressing a button to record the temperature.

When you use the thermometer, you assume that: 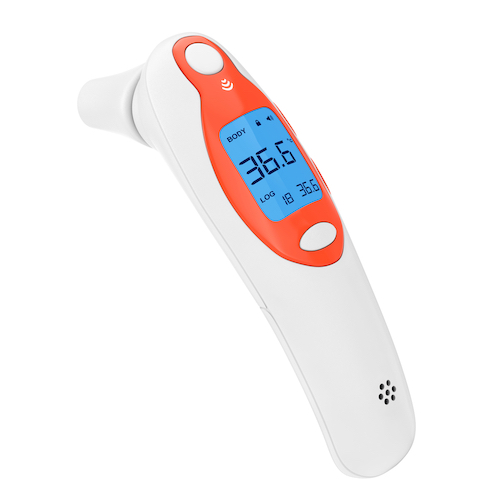 Before we dive into the mechanics of a Gage R&R study, let's define some important terms.

Before a Gage R&R study, we must ensure that the gage is unbiased, linear, stable, and calibrated.

Gage R& R studies are broadly divided into two types depending on the type of measurement being made: 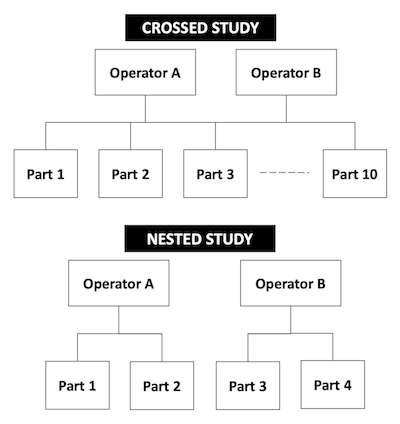 A typical Attribute gage R&R study involves multiple operators, parts, and repeated measurements of the same part by each operator (we call these repeated measurements "trials"). It's common to have 3 Operators, 30 Parts, and 3 Trials on each part. Operators record a simple Pass/Fail (i.e. Attribute) measurement. (In more advanced cases, operators may need to classify parts into categories e.g. Class A, Class B, and Class C)

IMPORTANT: In an Attribute Gage R&R study, disagreement within each Operator's trials and disagreements across Operators will be apparent only in parts that are close to the Upper Spec Limit (USL) and Lower Spec Limit (LSL). 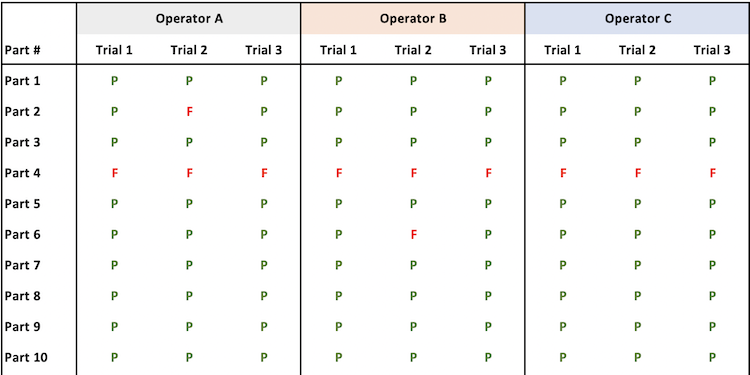 Repeatability: For each operator, we measure how many times they arrive at the same assessment within each trial (i.e. are each operator's measurements for the same part consistent?). We then divide this number by the total number of parts to arrive at the percentage repeatability. If the operator's measurements on the same part are consistent less than 90% of the time, the operator needs re-training.

Reproducibility: Next we measure how many times the operators agree with each other's individual measurements (i.e. are measurements of the same part consistent across Operators?). We then divide this number by the total number of parts to arrive at percentage reproducibility.

It's common to have 3 Operators (k), 10 Parts (n), and 3 Trials (r) on each part. Each operator measures each part three times, records the numeric (i.e. variable) measurement value, and we obtain a table like the one shown here. 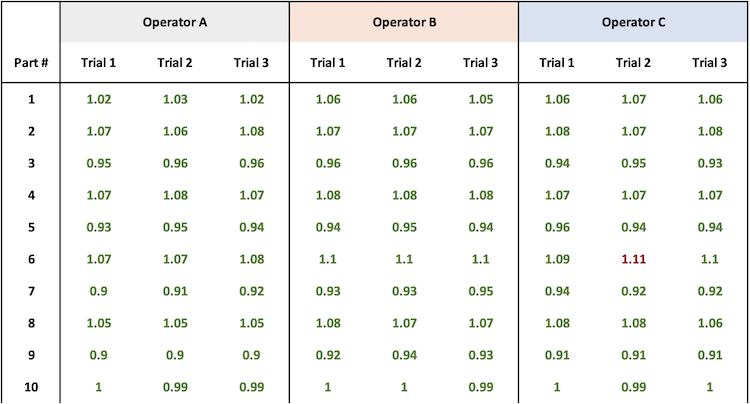 This is where the ANOVA (Analysis of Variance) technique comes handy. It allows us to partition the variation into factors.

To calculate the total variation, we calculate the sum of the square of the difference between each measured value and the overall average. We call this the Total Sum of Squares (SS-Total). 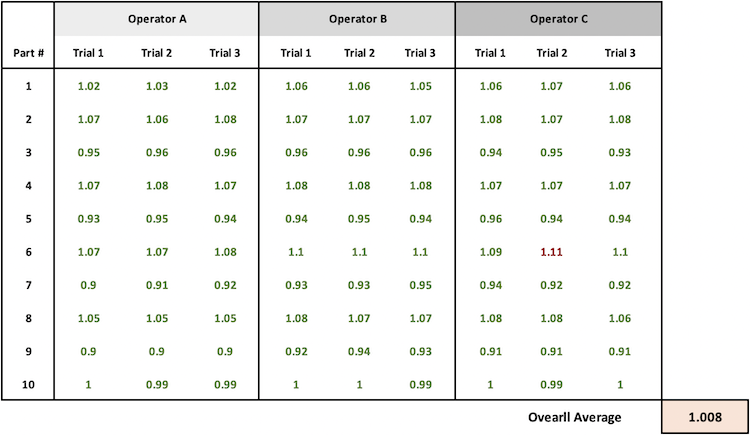 10. ANOVA and Components of Variation

ANOVA uses a very simple trick to calculate the fraction of variability from Parts, Operators, and Equipment. We group the data set in different ways to examine whether the measurement differences are between parts (desired), or between operators (a reproducibility problem), or between trials (a repeatability problem).

There are four groupings of interest:

This is the sum of the square of the difference between each part average and the overall average. There are 10 parts, and we calculate 10 Square-Error terms that we sum to arrive at SS-Parts. 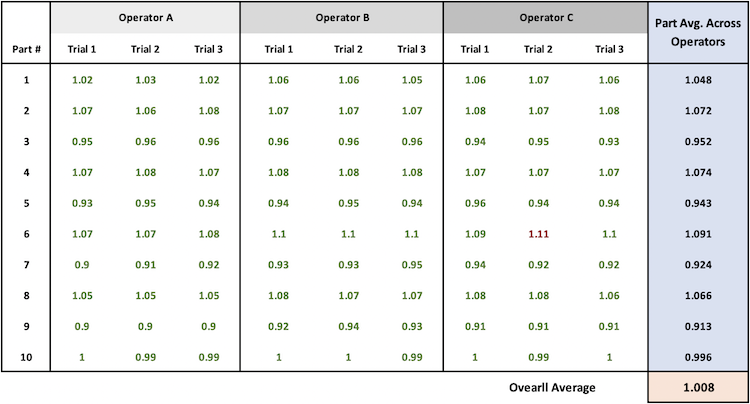 To determine how much variation comes from the operators, we group the data by Operator and calculate the mean for each Operator. Then we compare each of these Operator averages to the overall average.

This is the sum of the square of the difference between each operator average and the overall average. There are 3 operators, and we calculate 3 Square-Error terms that we sum to arrive at SS-Operators 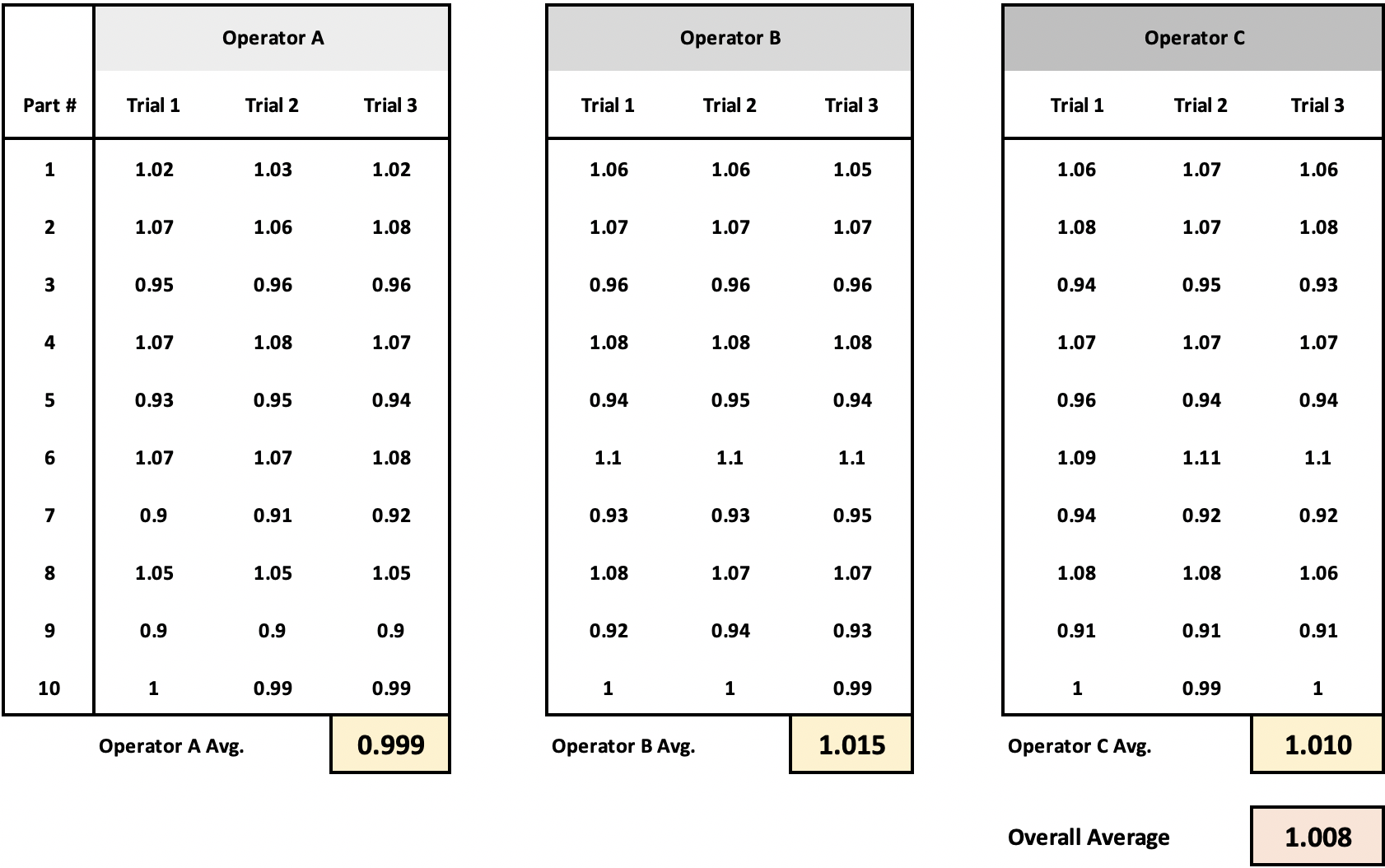 Quantifying the equipment measurement requires a different comparison. This time, to determine how much variation comes from the equipment, we group data by Operator and Part. This grouping gives us just the equipment variation because it is the same operator measuring the same part three times.

This is the sum of the square of the difference between each operator-part measurement and the corresponding operator-part average. There are 30 operator-part combinations, and we calculate 30 Square-Error terms that we sum to arrive at SS-Equipment